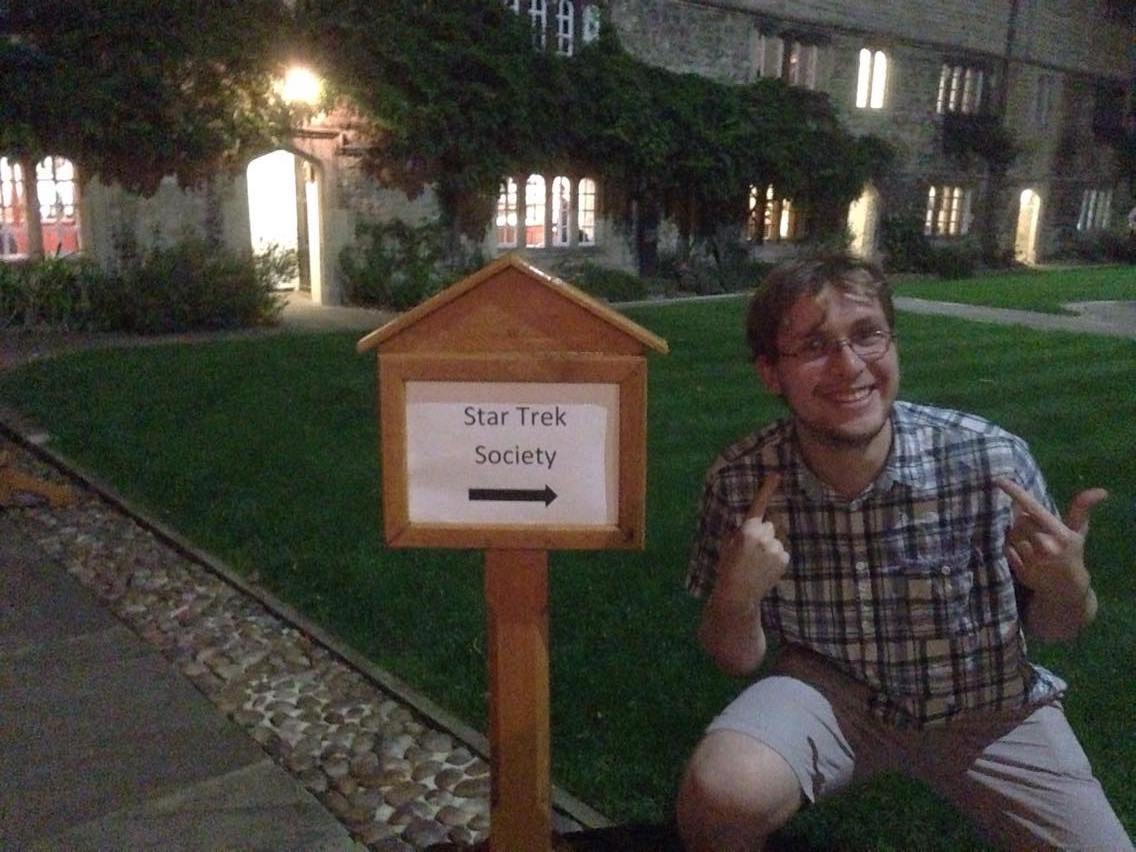 What do you do?

Every Monday during term, we meet up and watch two episodes of Star Trek, have a chat and eat some snacks. If that sounds like the kind of thing you're interested in, why not come along to a meeting.

Who's allowed to come?

We're not a University society (although members do occasionally book college rooms for meetings). This means we can accept all sorts of people: students, non-students, members of the university, non-members, human, non-human, the list goes on. Whoever you are, you're welcome to turn up and watch some Trek with us.

Do I have to be a serious Trekkie to join?

How can I join?

Just turn up. You can come to two meetings for free, memberships are £5 for a term or £10 for a year. This money is used to pay for snacks that are shared during meetings. See the calendar for some details on when and where we'll be meeting.

How are the episodes you watch decided on?

Each week there is a poll on the Facebook group, where any member can suggest an episode and vote for the two episodes they'd like to see. The suggestions should follow the theme the captain sets, but this isn't enforced. This isn't a society with rules, really: if you really want to see an episode and it loses the vote, we still might watch it. Like if Threshold or Sub Rosa wins and you want to watch literally anything else...

Go to our Facebook page and join! To join the mailing list, send the one of the crew an email, they'll be happy to add you.